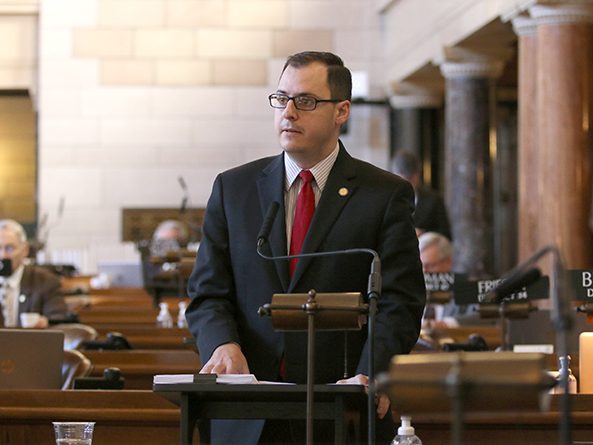 Lawmakers gave first-round approval Feb. 8 to a bill intended to clarify jurisdiction over five tracts of land inside the fence line of Offutt Air Force Base.

As a result, he said, Nebraska does not own the approximately 80 acres, but the state is responsible for law enforcement on the land. This can cause confusion in emergency response situations, he said, adding that clarifying the jurisdiction would alleviate an administrative issue for the base.

The bill would cede all criminal and civil jurisdiction over the land tracts to the federal government.

“There is no property tax impact since the federal government owns this land already,” La Grone said.