The Legislature advanced a bill from general file April 9 that would authorize the creation of several new specialty license plates. 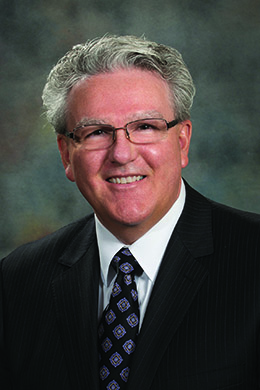 A Transportation and Telecommunications Committee amendment replaced the bill. As amended, LB356 would dedicate 85 percent of the application and renewal fees associated with Sammy’s Superheroes license plates to the University of Nebraska Medical Center for pediatric cancer research. The remaining 15 percent would be credited to the state Department of Motor Vehicles cash fund.

The amended bill also would reclassify a Sammy’s Superheroes license plate from an organizational to a specialty plate. This would change the initial application fee from $70 to $40 for a message plate and $5 for an alphanumeric plate.

Under the amendment, 70 percent of all application and renewal fees for standard message plates, Husker Spirit plates and organizational plates would be dedicated to the Highway Trust Fund. The remaining 30 percent would be credited to the state DMV cash fund.

Application and renewal fees for all specialty plates would be $40 for message plates and $5 for alphanumeric plates. Currently, there is no fee for a Breast Cancer Awareness alphanumeric plate. LB356, as amended, would add a $5 fee for this type of license plate.

The committee amendment also would establish a standard $50 application fee for both the special interest motor vehicle and one-plate plus sticker program.

The state DMV would be authorized to discontinue specialty license plates if no more than 250 plates are issued for two consecutive years. Gold Star, Purple Heart, Ex-POW, Pearl Harbor Survivor and Disabled American Veteran license plates would be exempt from the discontinuance provision.

Application for and distribution of specialty license plates created under LB356, as amended, would be available effective Jan. 1, 2021.

Friesen introduced an amendment to the committee amendment, adopted 36-0, that would change distribution of standard message license plate fees. The DMV would receive 60 percent of fees and 40 percent would be remitted to the Highway Trust Fund.

Following the 37-0 adoption of the committee amendment, senators advanced the bill to select file on a 37-0 vote.