Financial restitution would be available for people who serve prison time despite their innocence under a bill heard by the Judiciary Committee March 9. 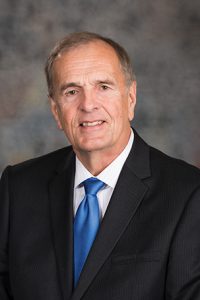 LB656, introduced by Lincoln Sen. Roy Baker, would allow an innocent individual wrongfully incarcerated for a felony offense to seek benefits under the Nebraska Claims for Wrongful Conviction and Imprisonment Act.

A successful claimant under the bill would be a person who is unable to file a claim against the state or a political subdivision in state court but who obtains a final federal judgment for damages arising from violation of his or her constitutional rights.

Baker said he brought the bill in response to the $28.1 million in damages awarded to the six men and women wrongly convicted of the beating death of a Beatrice woman in 1985, commonly referred to as the “Beatrice 6.” The six sued Gage County in federal court after they were exonerated by DNA evidence.

Following denial of an insurance claim to pay for the damages, Gage County could face bankruptcy if forced to pay the judgement.

Don Schuller, a farmer and resident of Gage County, testified in support of the bill. He said if the county were forced to pay the judgment, it would disproportionately impact agricultural land owners who already pay 63 percent of property taxes in the county.

Lyle Koenig, an attorney who originally represented wrongly convicted JoAnn Taylor at trial, also supported the bill. He said five of the six defendants accepted plea deals and admitted guilt to avoid going to trial and potentially receiving the death penalty. Had the death penalty not been threatened, Koenig said, the defendants might not have accepted deals.

“It was the law of Nebraska, not a local ordinance, that is largely responsible for the predicament Gage County currently is in,” he said. “Had there been no death penalty, which is state law, this case would have been tried and an acquittal would have been a distinct possibility.”

The bill also would rename the act as the Nebraska Claims for Wrongful Conviction or Incarceration Act.