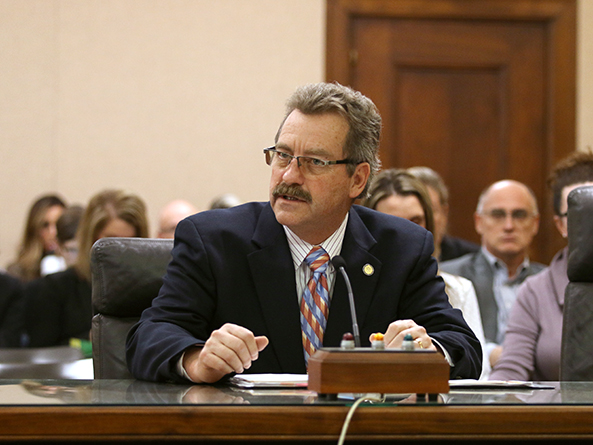 A person assisting a child believed to be in imminent danger would be eligible for legal immunity under a bill heard by the Judiciary Committee Jan. 31.

LB832, sponsored by Brainard Sen. Bruce Bostelman, would provide criminal and civil immunity for a person who removes a child—who they reasonably believe to be in imminent danger—from a locked motor vehicle, as long as they act in good faith.

According to the “Kids in Hot Cars” report, Bostelman said, 53 children younger than 15 died of heat stroke in hot vehicles in 2019.

“According to the National Highway Traffic Safety Administration, heat stroke is not about irresponsible people potentially leaving children in cars,” he said. “Most cases occur when a child is mistakenly left [behind] or enters into a vehicle unattended.”

Immunity would be contingent upon the person using no more force than reasonably necessary and notifying law enforcement or emergency services as soon as reasonably practical.

The person rendering assistance must remain with the child in a safe location in reasonable proximity to the vehicle until the arrival of either law enforcement, emergency services personnel, a parent, guardian or adult relative of the child or the owner of the vehicle.

If the safety of the child would be harmed by remaining in the area, the person giving aid must contact law enforcement or emergency services to notify them of the situation. They also would be required to leave a note on the windshield of the vehicle with their name, contact information and a description of where the child has been taken.

Speaking in support of the bill was Trisha Nicolas of Bellwood. Her one-year-old son, Weston, died after being left in a hot vehicle all day. After a sleepless night caring for her ill son, she said, a sleep-deprived Nicolas took a new route to work, forgetting about her sleeping child in the backseat.

“Had someone heard him, I wouldn’t want them to worry about breaking into my van,” Nicolas said. “People shouldn’t have to worry about that; the only consequence they should worry about is the child, because damaged property can be replaced but a child cannot.”

Eric Koeppe, president of the National Safety Council of Nebraska, also spoke in support of LB832. He said more than 800 children in the United States have died in hot vehicles in the past 40 years.

“While Nebraska child vehicular heat stroke fatalities are relatively low compared to other states, we must be diligent in providing protections to good Samaritans whose only goal is saving a life,” Koeppe said.