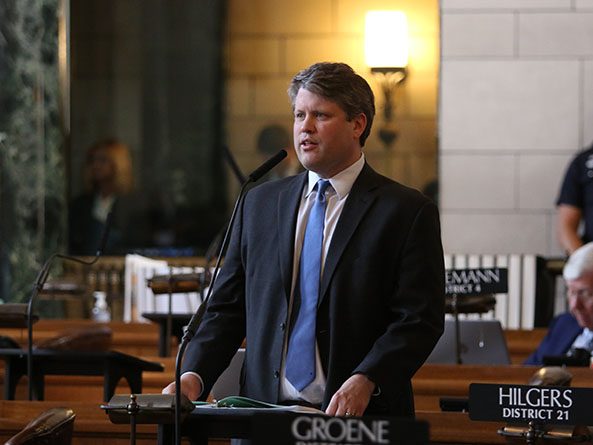 Nebraska’s largest counties and cities would be allowed to use an alternative design method for certain transportation projects under a bill advanced from general file April 29.

LB583, as introduced by Lincoln Sen. Mike Hilgers, would allow counties of 150,000 or more residents to use a design-build method for projects that fall under the Transportation Innovation Act. Currently, Douglas, Lancaster and Sarpy counties meet that threshold.

“It’s a concept that combines some of the steps,” Hilgers said. “It allows you to shave off a significant amount of time in the process.”

“Having that contractor at the table, as well as the architect, brings a different set of eyes,” Arch said.