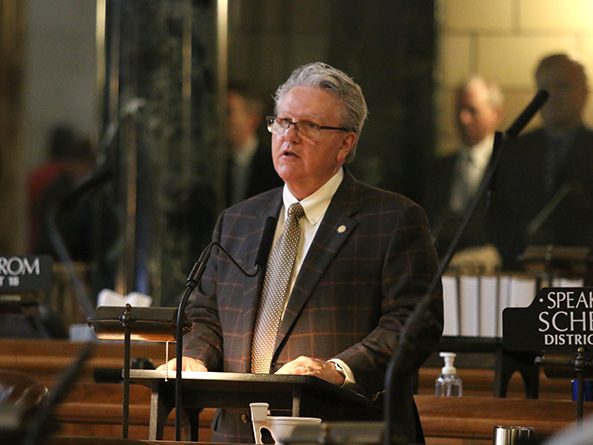 A bill that was amended to become an omnibus elections measure advanced to select file March 14.

Sen. Jim Scheer of Norfolk introduced LB411, which would allow county boards to place a question on the ballot regarding a change in county board membership. The bill would apply to counties with a population of less than 400,000 people that are not under township organization.

Under the bill, a qualifying county board could adopt a resolution by majority vote to allow voters to alter the number of commissioners on the board. Currently, such a question only can be placed on the ballot by a petition signed by at least five percent of registered voters in the county.

“Citizen petitions can be cumbersome, costly endeavors, especially in some of our rural counties,” Scheer said. “LB411 simply adds another option.”