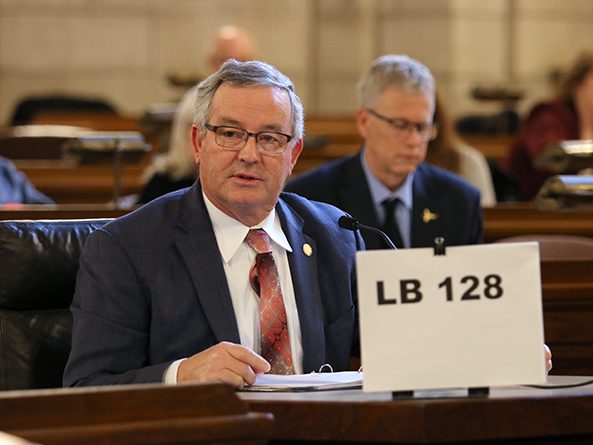 Hughes said that since the creation of mountain lion license plates in 2016, the state Game and Parks Commission has received over $225,000 to fund youth educational programs.

“This is another way for the public, through voluntary choice, to help and provide those expanded educational efforts,” he said.

Timothy McCoy, deputy director of the state Game and Parks Commission, spoke in support of the bill. He said the commission leverages the funds received from specialty license plates to administer extensive youth education programs throughout the state.

“We continue to expand this programming and it’s amazing to see the general public’s interest in it,” McCoy said. “It’s important [for students] to learn about the wildlife in their backyard so that they value these resources.”

Jim Johnson, representing the Nebraska Wildlife Federation, also supported the bill. The general concept of the bill is good, Johnson said, but he suggested that the fees instead go to the commission’s Wildlife Conservation Fund.

“It offers a chance for Nebraska to dedicate funding to the program that’s most concerned with preserving Nebraska’s ecological diversity,” Johnson said.

No one testified in opposition to LB128.

The committee took no immediate action on the bills.