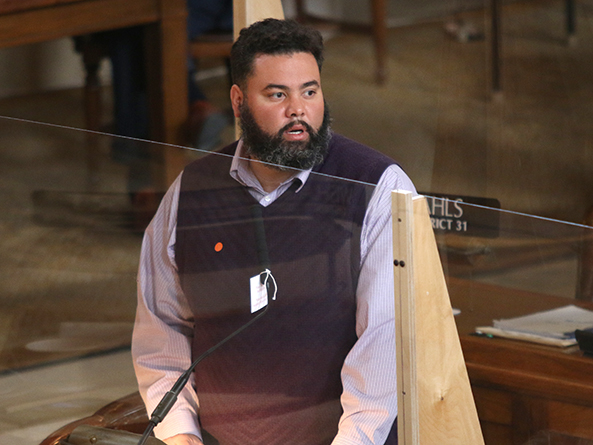 LB156, as introduced by Omaha Sen. Justin Wayne, would allow up to five inland port authorities to be established in metropolitan, primary and first class cities in Nebraska.

To be eligible, an inland port site would have to be at least 300 acres in area and meet two of the following criteria of being within:
• one mile of a navigable river or waterway;
• one mile of a major rail line;
• two miles on a major airport; or
• two miles of any federal interstate or any four-lane divided highway.

Wayne said the bill would help develop large-scale commercial and industrial sites throughout the state by bringing together individuals focused on creating “shovel ready” project sites. Nebraska has missed out on opportunities in the past, he said, due to problems with land acquisition and site readiness.

“This is about Nebraska thinking big and thinking about economic development,” Wayne said. “North Omaha is no different than many of the small communities [of the state] — a good paying job goes a long way.”

Wayne introduced a second amendment, adopted 43-0, that would forbid inland port authorities from levying sales taxes, authorize a political subdivision that creates an inland port authority to appoint its operating board and establish alternative funding.

Wayne said the amendments acknowledged that counties play a major role in economic development in more rural parts of the state and addressed a number of concerns raised by fellow senators.

Sen. Tom Briese of Albion said he supported the bill with the taxing authority removed. As amended, he said, a port authority would have reasonable powers under the bill.

“We talk about growing our state, we talk about creating jobs, attracting residents, growing our tax base,” he said. “It’s going to take a multi-pronged effort and Sen. Wayne has presented us with one of those prongs.”

Bellevue Sen. Carol Blood supported the bill and the amendments. She said LB156 would help Bellevue acquire land currently outside the city limits that could be potential industrial sites.

Following adoption of the amendments, senators advanced LB156 to select file on a 44-0 vote.