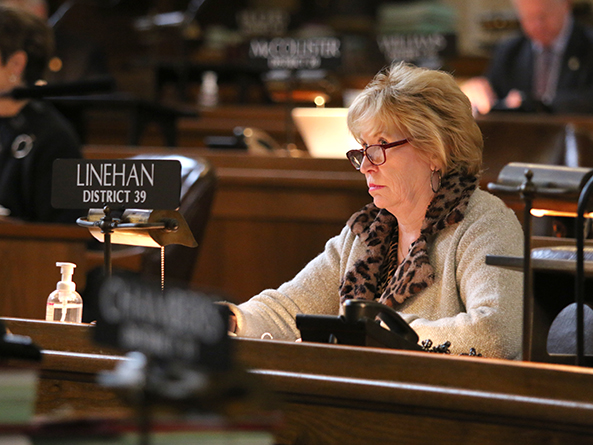 Nebraska would develop a statewide network of supports and services related to human trafficking under a bill given first-round approval Jan. 27.

“LB518 is [the] next step to begin to ensure that survivors of sex trafficking have access to services across the state and that law enforcement has access to funding for trauma-informed and victim-centered trafficking investigations, operations and prosecutions,” Linehan said.

The new board would develop, oversee and coordinate the statewide response to trafficking through creation of a state plan. Membership would include trafficking survivors, service providers and representatives of law enforcement and the criminal justice system.

The bill also would establish the Office of Support for Trafficking Survivors within the state Department of Health and Human Services to coordinate and implement the state plan developed by the advisory board.

As introduced, the bill would have created the Support for Trafficking Survivors Fund to fund competitive grants for services to trafficking victims across the state.

A Health and Human Services Committee amendment, adopted 38-0, instead would use the existing Human Trafficking Victim Assistance Fund—if public or private funding is made available.

The $1.1 million in general fund appropriations outlined in the original bill were removed by the amendment.

Linehan said that a secure funding source for the bill still needs to be found and that the measure would be a “hollow” effort otherwise.