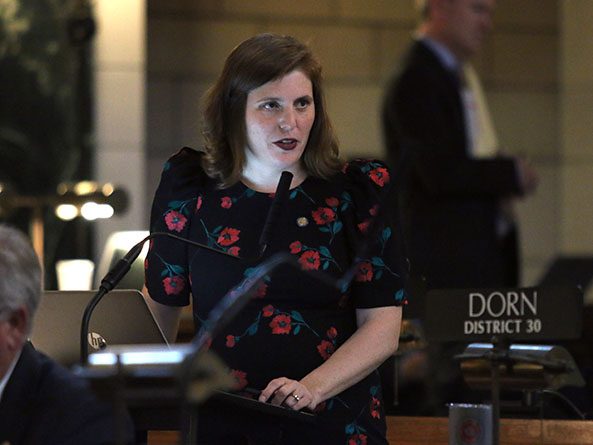 The bill’s intent is to provide more clarity to the process, Cavanaugh said, because victims who pursue protection orders often do so without legal assistance.

“Since a victim’s choice to leave a violent situation creates a particularly high risk of future violence, protection orders are absolutely critical to helping [them] access safety for themselves and their family,” she said. “However, protection orders will not be effective if survivors aren’t presented with an understandable and clear process.”

The petition for a protection order must include the events and dates, or approximate dates, of the alleged assault or abuse, including the most recent and most severe incidents.

The court where the petition is filed could decide to issue a temporary protection order “ex parte,” or without giving notice to the respondent, if the petitioner believes the respondent poses an immediate and significant safety risk.

If the court rejects an application for a sexual assault or domestic abuse protection order, LB532 would require that an evidentiary hearing be held within 14 days. The court would be required to admit the original petition and affidavit into evidence.

Omaha Sen. Robert Hilkemann supported the bill, saying it would strengthen the path to safety for victims of violence.

Senators advanced the bill to select file on a 41-0 vote.