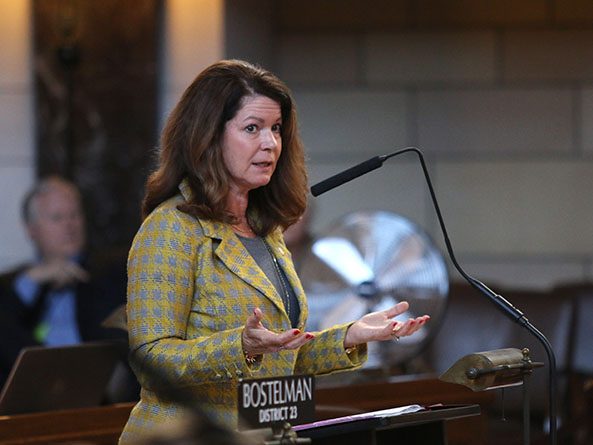 A bill that would clarify the number of rental agreements beginning farmers and agricultural asset owners could make under an existing tax credit program advanced from general file April 24.

The Beginning Farmer Tax Credit Act, adopted in 1999, provides a personal property tax exemption of up to $100,000 and an income tax credit of up to $500 for qualified beginning farmers or livestock producers.

An owner of agricultural assets—such as cropland, pasture or machinery—is eligible for an income tax credit on the rent of those assets to a beginning farmer or producer.

Lincoln Sen. Suzanne Geist, sponsor of LB560, said she introduced the bill to address a Legislative Performance Audit Committee’s audit of the program. The audit found that the Beginning Farmer Board, which approves applications under the act, has interpreted and applied the act in a way not consistent with the letter of the law, she said.

A Revenue Committee amendment, adopted 35-0, would replace the bill with provisions of LB623, introduced by Gothenburg Sen. Matt Williams. Williams said the proposal would change the act to reflect the way the board has administered the program.

Under the amendment, qualified beginning farmers or livestock producers and owners of agricultural assets who have participated in a three-year rental agreement would be eligible to file subsequent applications for different assets. The amendment would clarify that tax credits for an asset could be issued for a maximum of three years.

Williams said the provisions also would define a flex or variable rent agreement, in which a predetermined base rent is adjusted for actual crop yield or price. Farmers did not use such agreements when the program was created, he said, but they are now common.

Finally, the amendment would clarify that the credits issued under the act are refundable.

Senators voted 38-0 to advance the bill to select file.