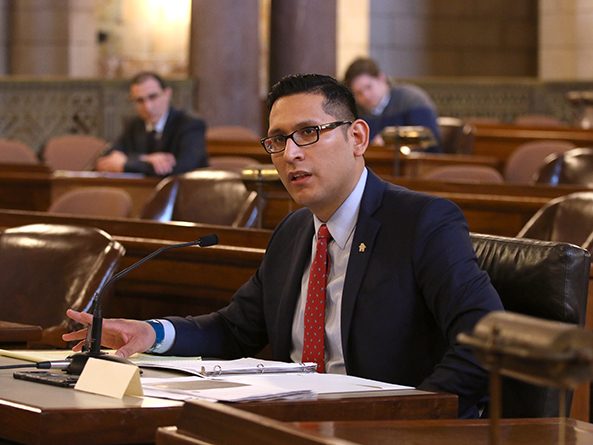 Members of the Judiciary Committee heard testimony March 13 on a bill that would provide stronger sexual assault protections.

LB478, introduced by Omaha Sen. Tony Vargas, would prohibit consent by a minor under 18 from being used as a defense or mitigating factor in a civil case arising out of a sexual assault perpetrated by an adult in a position of authority over the minor.

Vargas said that in 2017 a Florida court found four third graders at least partially at fault when they were molested by a teacher.

He said there currently is nothing in Nebraska statutes that prevents victims in civil cases from being blamed under a defense known as “comparative negligence,” which means both parties share fault in a matter.

John Lindsay, representing the Nebraska Association of Trial Attorneys, spoke in support of the bill. LB478 would close a loophole in state statute, he said.

“The Nebraska Legislature for years has said that a minor under the age of 16 is incapable of consenting,” Lindsay said, adding that if a minor cannot legally consent it would be “absurd” to hold them partially at fault in a sexual assault case.