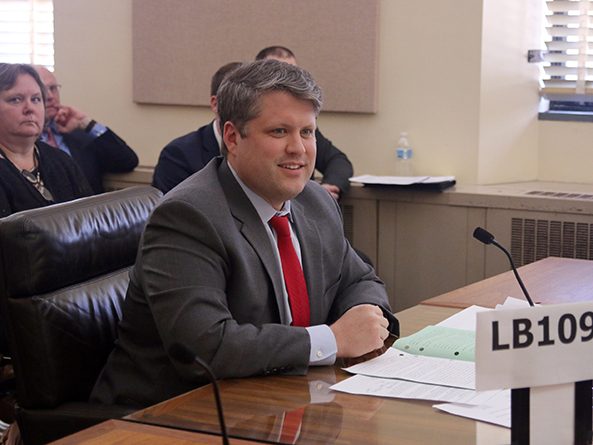 The Business and Labor Committee heard testimony Feb. 26 on a bill that would make a number of technical revisions to current statute.

LB1096, introduced by Lincoln Sen. Mike Hilgers, would remove several references to the State Claims Board from statute to reflect that the state risk manager now administers the workers’ compensation program.

Under current law, claims against the state that arise from the same set of circumstances and facts must be aggregated, meaning one claim cannot be paid until all the claims are settled. The bill would modify this requirement so that any claim under $50,000 could be paid at the time of settlement.

Such claims would include payments for awards, settlements and associated costs, including appeal bonds and reasonable costs associated with a required appearance before any tribunal.

Finally, the bill would exempt the state Department of Justice from a statute requiring that all motor vehicles used or controlled by a state agency be marked with identifying information. The change would remove “State of Nebraska Attorney General’s Office” from the vehicles.

Doug Wilken, assistant general counsel to DAS, spoke in support of the bill.

“Currently, a claim cannot be paid until all claims arising out of the same circumstances can be paid,” he said. “This would make for more efficient administration and processing of claims.”