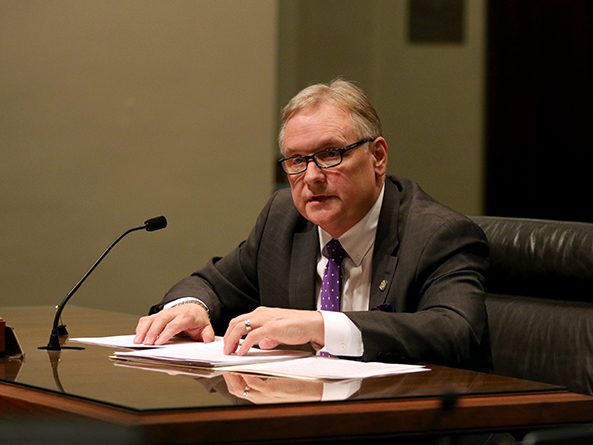 A bill that would increase the amount of lottery funds directed to compulsive gambling assistance in Nebraska was considered Feb. 26 by the General Affairs Committee.

LB679, introduced by Omaha Sen. Bob Krist, would increase the annual transfer to $500,000. From the taxes collected each quarter, 7.5 percent of the remaining balance in the Charitable Gaming Operations Fund would be transferred to the Compulsive Gamblers Assistance Fund. Sixty percent of the remainder would be transferred to the state’s general fund.

Krist said the bill would ensure proper funding of the Compulsive Gamblers Assistance Fund without a cost to taxpayers. The Nebraska Commission on Problem Gambling uses the funds as the Legislature directed it to when the lottery was approved, he said, by expanding services and providing counseling and prevention education.

“LB679 ensures that this institution has the resources they need to provide education, counseling and support to families affected by problem gambling in our state,” Krist said.

Mark Canada of Hastings, chairperson of the Nebraska Commission on Problem Gambling, testified in support. The formula for the division of gaming revenue has not changed for years, he said, and currently the share received by the commission is not enough to sustain its programming.

“Even though we’ve operated well within our budget, program spending has always outpaced the revenue sources that we’ve had,” he said, with the difference drawn down from the cash fund.

At the current rate, Canada said, the Compulsive Gamblers Assistance Fund will be reduced from its original balance of $1.7 million in 2013 to approximately $400,000 by the end of the next budget biennium.