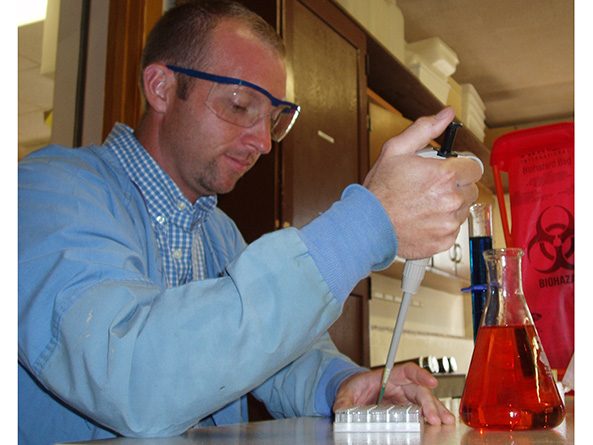 Becoming a lawmaker has yielded an unexpected benefit during flights for Sen. John Kuehn, a veterinarian from Heartwell.

If he wants to start a conversation with those seated next to him, “I tell them I’m a veterinarian,” he said.

If he doesn’t feel like talking, he said, “I tell them I’m a senator.”

The advantages of being identified by his vocation have followed Kuehn to the legislative chamber, where his colleagues already have called upon the new senator for his medical expertise. It seems Kuehn has finally found seatmates who like to talk to both veterinarians and politicians.

“It’s humbling to have been included and asked for my opinion,” he said.

Kuehn said he learned as a boy, while trying to guide machinery through meticulously planted rows of corn, that he did not have the patience for the agronomy side his family’s farm.

“I was all over the fields,” he recalled with a laugh.

His introduction to public service began with service on his local public power board, where spending time with accomplished businessmen and farmers taught him the significance and consequences of making policy.

“They were very supportive in mentoring me,” he said.

As Kuehn began to pay more attention to public policy at the state level, he saw a role he could play there. Not only did he see disparities between rural and urban representation, but, he said, he also saw an underrepresentation of smaller communities such as his.

Small-town Nebraska is a lifestyle he wants to help preserve, he said.

“Rural Nebraska needs a professional voice to speak for it,” Kuehn said, “especially my generation, who decided to stay or come back [to rural areas].”

Kuehn said he is impressed with how a body with a wide range of opinions on issues comes together for the good of the state. Despite his initial nervousness speaking in the chamber, Kuehn said he is getting used to his role on the floor as the “science guy.”

“I’m surprised at how quickly the senior members of the body not only welcomed the new class, but embraced us and sought our input,” he said.